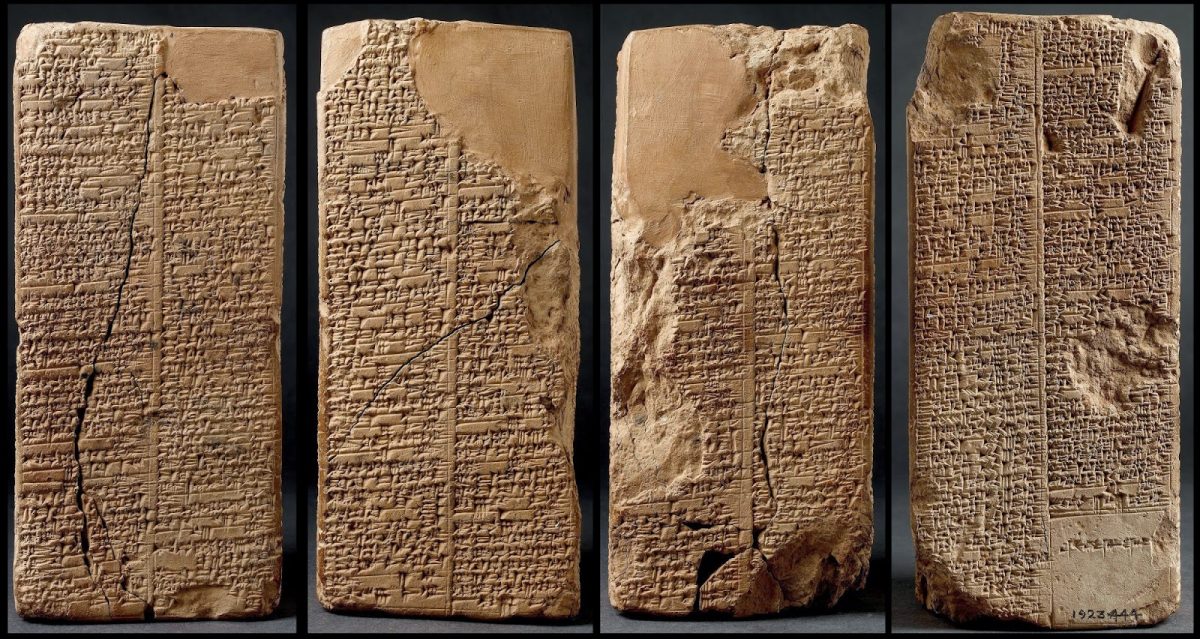 One thing you have to ask yourself is how does Ge’ez/Tigrinya translation give an accurate historical and contextual etymology which makes much more sense than the manistream translations. I will leave you to your own judgement.

4 IGI +2 Su 4 PI +2 then (The ritual, I will not translate it because people might experiment with powers beyond their control)

The seven then were in a complete silence, the ritual was read then,

4 of the arrogants ones, they said it is a lie then,

and when she supplicated, something piercing the cloud they saw,

it was shimmering and glowing confused they covered their eyes then,

She laid the foundation then by summoning powerful entities,

crystals filled the foundation and it was watered, passing through it,

her sharp edge lie then, the damage it brough then,

The God that defeated the Father is not the son of Anu,

indignation and excitement was full and instruction was full too,

and when they saw his name, the ones that said he is my brother at that time,

The seven at that time wanted the favor of Tiamat,

to ask Tiamat, 6 of them wanted,

confused the 7th one refused, they were against him then,

they stabbed him in his stomach but he didn’t die,

And as they journeyed to Tiamat, they remembered,

that Abzu has prohibited them from seeing her,

in his hands then, they send him the words of the seven of them,

Who is the God that defeated the father ? the seven asked.

He released fire into the bitumen, and the pain was so much, it blinded their eyes,

the pain was unbearable, they were crying, Abzu beat them then,

Mummu was laughing delighted and their hands, the seven of them,

at that time were looking and searching for Mummu,

but their eyes has gone blind, she tormented them one by one then.

BELOW IS THE THE TRANSLATION BY PHILIPPE TALON AND L. W. KING FOR COMPARISON

This site uses Akismet to reduce spam. Learn how your comment data is processed.